The Last of Us Part II

The Last of Us Part II

An emotionally shattering, thrilling adventure with a stunning and nuanced exploration of the strength and fragility of the human spirit.

The Last of Us is one of my favorite games because whenever I look at it, I see myself dreaming to become a game developer and start creating beautiful levels that exist in that game. I truly believe that I can if I put some time like 5+ years, can build a game that looks and feels like The Last of Us. When the gameplay trailer for The Last of Us Part II came, I couldn't believe the action and the density of that level. I just thought, its marketting and trailer just looked better than the actual game.

When I look at the Last of Us Part II, I see an impossible game. I do not know how Naughty Dog pulled this off, but the game looks better than half of the cinematic movies I have seen. I beileve that games are currently the most immersive form of art. This game defines the industry standard which I have not seen topped by any other title till date even on a PS5. And it runs on a PS4. I played it on a base PS4; it runs amazing. And then I played it on PS5. When I played it on PS5, I was baffled, I really do not believe a person can create a game like this. Its a massive engineering project and the game shows the competency of Naughty Dog in the industry. The PS5 Patch is out and you have to experience it on a PS5.

The game is set 4 years after the events of the first one. Due to Joel's lie, the relationship of Joel and Ellie has degraded. You meet new character's like instantly charming Dina and Jesse. Instead of Joel, you play as Ellie and Naughty Dog puts you in her uncomfortably violent shoes. You will kill and the blood will spurt.

A World Frozen in Time

The game is mostly set in Seattle and nature has started to take back the cities. There are 3 factions in the game and all of them use the environment to their advantage uniquely. The player however, can take advantage of the level design to stealthily combat the enemies. The world is dense and each room of each building has a story to tell. The world of the Last of Us Part II has not progressed since the virus breakout and you really feel like living in an apocalyptic world. Some of the levels are actually mini-open world areas which I can't stress enough, how much I loved them. In my opinion, a Naughty Dog - The Last of Us Universe - Truly Open World Game - will be the best video game to be ever made until they release the next version. There is so much to miss and I am still discovering new areas in my third playthrough. 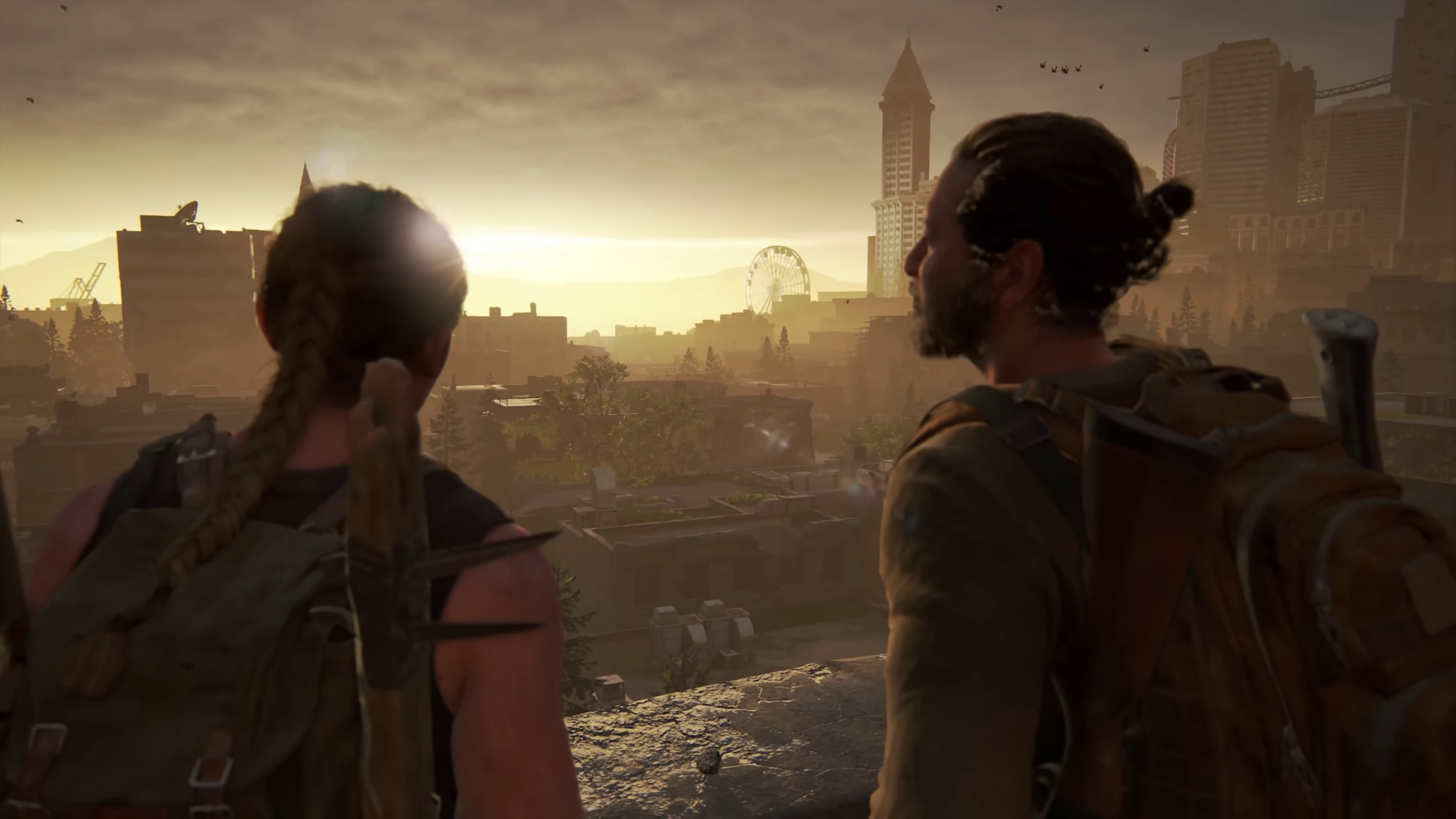 The sound of zombie apocalyptic Seattle is poignant. They nailed the music, but I am so much in love with actual sound design. People scream when you shoot them, and shout the names of their fallen comrades. The pump, blast, impact of shotgun, cock of the rifle, stretch of the bowstring sounds too authentic. That with Ashley Johnson's amazing songs, 3D audio makes this the best sounding game ever.

The combat is brutal. Shotgun will blow your enemies to literal chunks and the bow can pierce the skull of enemies. Enemies are way more smarter and Ellie is way more vulnerable than ever. Molotovs, pipe bombs, trap mines so much at your disposal to keep the combat fun throughout the experience.

Flashbacks are beautiful and I want more

The flashbacks in this game are highlight points of your journey. They are beautiful and emotionally trigger the player every single time. They also cover what we missed during the 4 years between the Last of Us Part 1 and 2.

The Last of Us Part II in its entirety is a very sad game. You will not be happy as Ellie or the player and it is due to its design. Naughty dog keeps pushing Ellie and you get to walk through the decisions that Ellie makes. The ending for me was perfect. It touches very sensitive topics and you get to experience them first hand with this game.

The game left me gaping for weeks, trying to comprehend the deep meaning that this game has. The cycle of violence, forgiveness, love, jealousy, hate and revenge drive the game forward. "The PlayStation 4 has one of its finest exclusies in one of the generation's best game." - Jonathan Dornbrush